You would have encountered 409 (Bad Gateway request) for any web page you request in the browser. The number 409 is one such response code from the server stating, bad gateway request.

As we said earlier, These response status codes are conversations between your browser and the server over the internet. Whenever a request is made through the browser, the server looks at the web page status- whether the page is Ok to load or comes with any issues.

When the server responds with a 1xx status code, you should understand the request from the browser is accepted and in process. It awaits the final response from the server.

The user should continue with one more request. This denotes that the initial phase of the request is received and not rejected by the server.

So, the user should send reminders to the request. The server will send the final response once the request is accepted.

The client requests a change in the application protocol for this connection via the Upgrade message header field, and the server accepts this request.

In response to the empty line which terminates the 101 response, the server will switch to the protocols defined by the Upgrade header field.

Switching the protocol is only beneficial when it is necessary.

When the server takes more than 20 seconds to respond to the browser post accepting the request, the server response will be 102.

The 2xx HTTP response code is what every SEO experts look for on the potential pages, as it denotes a successful response to a request. As per the 2xx status code, the server has received a request from the browser, understood, and accepted the proposal.

It is a general HTTP response that denotes the web page is working properly and has a high chance of indexing.

The web page containing the 200 response codes is accessible by users and bots. It also passes the link equity between web pages.

A new resource has been created as a result of fulfilling the request. URLs returned in the response entity can be used to reference the newly created resource, with a Location header field containing the most specific URL

When the server accepts the request, yet not completed, your browser will receive a 202 response code. This request might either be executed or disallowed during the process.

This 202 response code is never a commitment to complete the request. It allows the server to accept the request that doesn’t require the user agent connection with the server.

The request returns as 203 when the information in the entity header doesn’t belong to the original server. In contrast, it collects data from third-party servers. It’s an act of non-authorized information.

When a server accepts a request and doesn’t return the content, the response code will be 204.

This response code 205 returns to your browser, when the server has accepted your request, but request the user agent to reset the document view.

In the response, user input is used to allow the user to initiate actions via input, followed by a form clearing to allow for another input action to be initiated easily.

Despite the client’s range header, the server is only delivering part of the resource. Tools such as wget use range headers to resume interrupted downloads or divide downloads into multiple streams.

There are multiple independent operations represented by the 207 (Multi-Status) status code. According to how many sub-requests were made, the message body can contain a number of separate response codes.

In a DAV: propstat response element, the 208 (Already Reported) status code can be used to avoid repeatedly enumerating the internal members of multiple bindings.

This response represents an instance-manipulation that has been applied to the current instance as a result of a GET request for the resource.

Whenever a target web page is destined for another web page, the server sends the 3xx HTTP response code to the browser.

This HTTP response status code appears when there are multiple options available to the client for the resource. A video could be shown in several formats, files with different extensions could be listed, or word senses could be disambiguated.

When a web page is permanently moved to another, the server sends 301 response code.

Links to the Request-URL should be automatically relinked, where possible, to a new reference returned by the server by clients that have link editing capabilities.

When a 301 status code is returned in response to a request other than GET or HEAD, the user agent must NOT redirect the request without the user’s confirmation since this might change the request’s conditions.

When a web page is redirecting to other page for a time period, the server sends 302 HTTP status code.

As there is a possibility of redirection alteration, the client should use the requested URL from now on. Cache-Control or Expires header fields indicate whether this response should be cached.

Location field in the response SHOULD contain the temporary URL. It is expected that the entity of the response will include a short hypertext note that contains a hyperlink to the updated URL, unless the request method was HEAD.

Responses to requests can be found under another URI using the GET method. It should be assumed that a POST (or PUT/DELETE) has received the data and a separate GET should be issued with the redirect.

It indicates that the resource hasn’t been modified since the last request. HTTP clients usually provide a header like the If-Modified-Since header to provide a comparison time.

Using the proxy specified in the Location field MUST be used to access the requested resource. It contains the URL of the proxy. This single request must be repeated via the proxy by the recipient. Only origin servers can generate 305 responses.

This status code was used in an earlier version of the specification, has been retired, and is reserved.

4xx HTTP response code is send by the servers, whenever there is an issue with website or client. It is also known as internal errors.

If any web pages affected by 4xx status code, it’s high time for technical SEO team to fix them immediately.

Server send this response code, when it find difficult to understand the browser request, and it might be due to malformed syntax. It is advised for the website to modify or fix the issue, before another request sent to the server.

When the web pages verification of user, and if verification fails, the server response with 410 status code (unauthorized request).

There MUST be a WWW-Authenticate header field in the response containing the challenge for the resource requested. A suitable Authorization header field may be included in the request.

401 responses indicate that authorization for the credentials included in the request has been denied.

Although the server understands the request, it refuses to fulfill it. It is not necessary to repeat the request if authorization does not help.

The server SHOULD explain in the entity why the request was not fulfilled if the method was not HEAD.

Clients can receive the status code 404 (Not Found) if the server does not want to make this information available.

Server response when the page is  404 not found in the client’s website. They are also known as the broken links.

In SEO stand point, a web page with internal or outbound broken links can hurt the performance.

Neither a temporary nor permanent condition is indicated. If a resource is permanently unavailable and has no forwarding address, the server should use the 410 status code.

The requested resource is no longer available and will not be made available again. When an intentionally removed resource needs to be purged, this command should be used.

Once a 410 status code has been received, the client should not request the resource again.

5xx HTTP response code is send by the servers, whenever there is an issue with the server itself. It is also known as external errors.

If any web pages affected by 5xx status code, fix them immediately.

Server was unable to fulfill the request due to an unexpected condition.

When acting as a gateway or proxy, the server received an invalid response from the upstream server.

Servers serving as gateways or proxy servers did not receive timely responses from upstream servers.

Sometime, DNS lookups time out could be a reason for 504 response code. 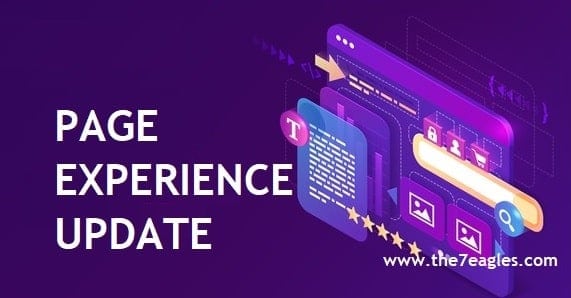 Google Search Engine Algorithm recently came with an announcement in April 2021, as “Google Page Experience update will be a part of Google Ranking Factor”.… Discovered – Currently Not indexed, is one of the important Google index coverage issues that impacts indexing, followed by ranking. Google search console, one of…

Crawled – currently not indexed is an important Google index coverage issue that must fix depending on the priority. Various factors contribute to this issue,…